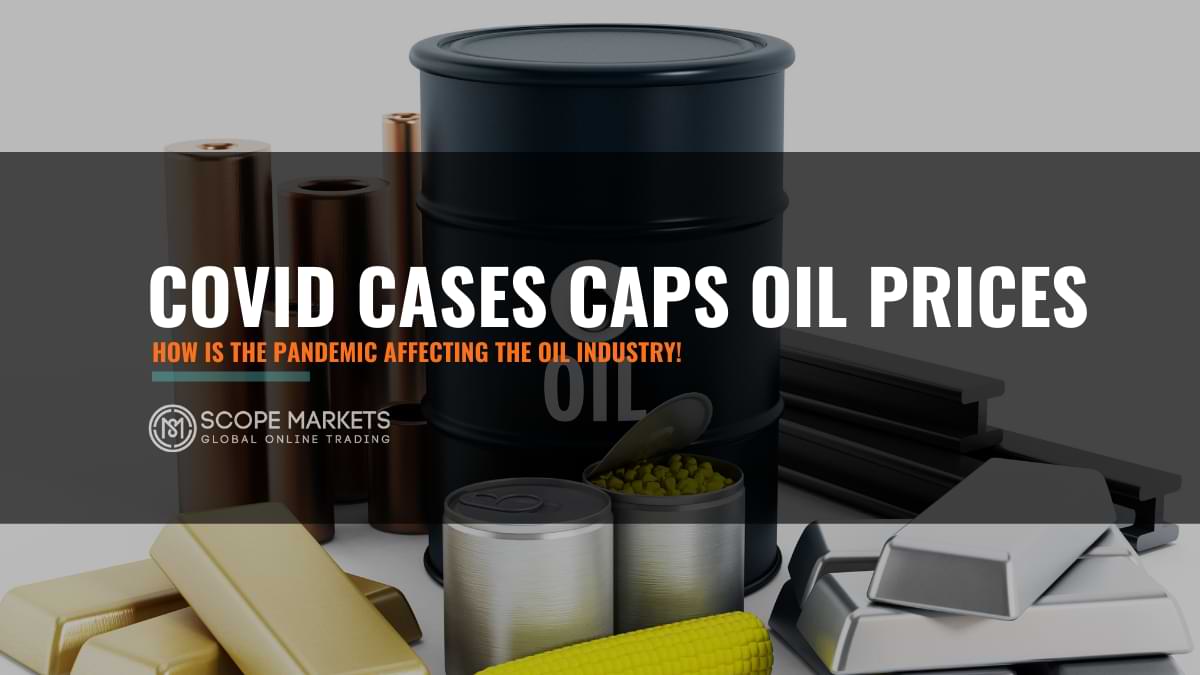 The crude oil futures for U.S. WTI or West Texas Intermediate are trading almost flat. Whereas going for their 1st weekly declines in 3. The exchange is experiencing force from both the supply and demand fronts. And, led each by growing covid cases in the US, Europe, and Libyan production grows.

In similar news, financial activity in the Euro Zone reduced in October. Because of Covid caps, oil prices and limitations turned to the area.

The report EuroZone PMI COI, which considers activity in both production and services segments, fell to a 4-month reduction in October to 49.4, compared to 50.4 in September. A version under 50 shows a shortening in movement.

A trade via $38.72 would show a restarting of the downtrend, whereas a move via $41.93 would alter the key to an uptrend.

The latest secondary range is 41.93-38.72 dollars. Its 50% point at $40.32 seemed like insignificant resistance. It could manage the way of the trade in the coming sessions.

What’s all About Short-Term Outlook?

The news reporters stated that the market was then held by some bullish trading data from May month. Definitely, it is data news. If you attended the Baker Hughes figures released every Friday. Then, you would have noticed a decline in the quantity of manufacturing oil rigs. This signifies that production was reducing. No wonder there.

Oil prices are tending to keep in a certain range. But with a preference to the downside, all in all, the covid cases continues to grow. This is due to its effect on demand. As OPEC+ extends to cut production, the supply front should not be out of limit.

From a technical viewpoint, till a vaccine doesn’t get developed in the future, purchasers are going to get a tough time subduing the main resistance at 41.72 dollars.

Meantime, a continued move below $39.30 can activate an expedition to the downside. The regular chart depicts that 36.96- 35.83 dollars is a possible downside goal. This can be useful because this area shows worth so a check of this region is possible to bring in new purchasers.

Prices of energy fixed higher on Oct. 20 among hints of improvement on a US covid provocation bill. But market expectations stayed under pressure among repeated social limitations in Europe.

November WTI of NYMEX fell by sixty-three cents raised at $41.46/b. And, ICE December Brent crude rose by fifty-four cents to fix at $43.16/b.

Oil prices that were trading in adverse territory first in the session, set on top midday when Nancy Pelosi, House Speaker said she was confident that an incentive bill could get enacted before the November polls.

Nancy Pelosi on October 18 had provided the White House a 48-hour limit to make interventions to get a bill enacted before the polls.

And, perils to the demand prospects acted by growing covid cases capped the gathering.

The demand risks increased late after the Irish Prime Minister stated that his country will start a 6-week national lockdown from Oct. 21. Whereas many European nations have reinforced social limitations in current weeks, Ireland is the first country to come back to complete lockdown.

In the United States, the 7-day percentage of novel coronavirus infections approached 57,415 on Oct. 19, as per data from CTP, the top-level since August 4.

All to See for Supply Perspective

With 6 weeks to go before the complete 23-associates OPEC+ coalition holds to view its 2021 manufacturing plans, the group’s JMMC said Oct. 19 that it was almost heeding market tendencies. Also, will not delay calling for more supply control if required.

Declining demand extension and the recovery of Libyan stocks have blurred the way to firm and growing oil prices.

The market is pricing in an OPEC+ setback to the proposed conic of their reduction deal.

The fidgets on Covid cap oil prices, financial risk, and demand because of a covid growth have driven an assembly in the dollar. Because investors came back to more secured assets, continuing restraint on oil prices. A powerful dollar makes oil less engaging to purchasers employing different currencies.

Prices were also exceeded or capped by data depicting a U.S. business cooling activity in Sept.

On the supply front, the market stays alert to a revival of exports from Libya.

Markets are now worried about requirements in locations such as the UK, where new constraints are being forced. U.S. health experts are also advising of the latest wave in the approaching winter.

Traders will be looking for the American Petroleum Institute’s (API) data on U.S. oil records due on Tuesday.

Crude oil of US and gasoline buildup likely dropped the previous week. Whereas inventories or lists of distillates like diesel was then seen rising, a preparatory Reuters poll said.

Standard oil prices, because of covid caps oil prices, falling over the previous week, had a slight reprieve before. Thus, growing almost 3% after Russia’s oil minister continued discussions with national oil companies. That is, in a sense, to hold crude output growth intended for Jan.

OPEC is The Organization of the Petroleum Exporting Countries and partners Russia. It is a group known as OPEC+. That severed oil production from May to raise prices and reduced the cut to 7.7 million barrels per day in August. They are because of cutting that more by two million BPD in Jan.

But with rising COVID cases in Europe and the US and the current recovery gain of oil supply from Libya going after an 8-month siege. Also, because of covid caps, oil prices all get scared of dropping oil prices.

OPEC will organize its next oil meeting on November 30.

U.S. index data is enough from the API or American Petroleum Institute. As well as from the Energy Information Administration (EIA).

Analysts stated that U.S. index data was not all certain due to Covid caps oil prices. And, with gasoline inventories having grown by 1.5 million barrels. That is the next to analysts’ hope for a drawdown.

Normal highway practice in France, Italy, and Spain has reduced to its lowest point since June. And, that doesn’t predict well the gasoline demand, analysts said.