Market Outlook
USD and Fed On A Busy Week 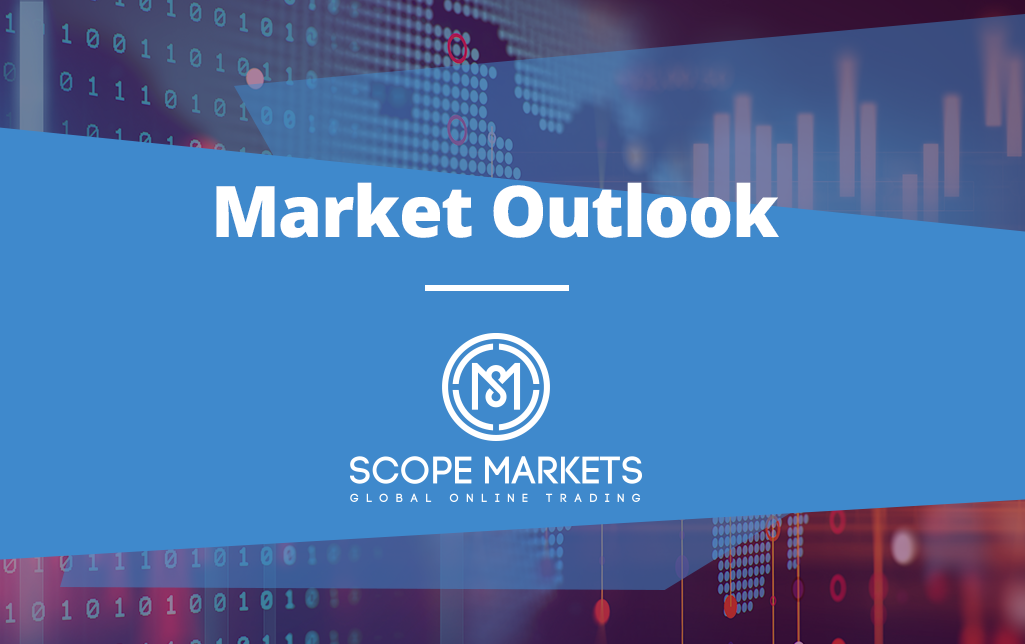 Last week saw the US Dollar gain as markets remained dominated by the Coronavirus outbreak. This will likely continue this week, but there will also be a host of economic data due for release. USD and Fed are off to a busy week with the latter releasing its interest rate decision, followed by US retail sales, and GDP.

Two key pieces of data, GDP and home sales data, should show how aggressive the economic impact of Coronavirus. GDP could fall from 2.1% to -4% when the data is out on Wednesday. Pending home sales data, also due on Wednesday, could fall by over 10%. Housing is likely to struggle, especially during the lockdown as the last thing on people’s minds is moving houses.

The greenback may see some volatility if both of these numbers come in as expected or worse. Stimulus packages added by the US have seen the USD under pressure as of late. The prospect of worse than expected economic data could lead the government and Fed to announce additional fiscal stimulus. This will likely be a key focus when the Fed announces its interest rate decision on Wednesday.

The Fed will likely focus on economic recovery. The markets will focus on whether there is enough stimulus for this to begin successfully. The initial jobless claims data released on Thursday might emphasize the significant impact of the Coronavirus pandemic on employment. In the past five weeks, 26 million Americans requested unemployment benefits. The expectation is at 3.5m, which yet again would give the US dollar cause for concern.

Europe’s single currency climbed steadily on Friday after having started the week trading lower. The recovery came alongside declines in Italian and Spanish government bond yields. This had risen earlier in the week and posed as a struggle to the Euro.

The highlight of the week will be the ECB policy decision and press conference on Thursday led by President Lagarde. She might offer some reasons for cheer. This is after the European Council agreed to endorse an eagerly-awaited recovery fund. It deferred decisions over the size and nature of its financing until May 6.

That had appeared to be a widespread disappointment to a market that was hoping leaders would agree to a form of mutual financing to the member states hardest hit by the Coronavirus crisis. European Union (EU) leaders also endorsed the Eurogroup’s €540 billion aid package.

The outcome of this Thursday’s meeting may mean that the recovery fund, if it materializes, will likely not operate before January 2021. Many economists expect that the actual recovery from the Coronavirus lockdown induced economic collapse could begin as soon as next month. This is after the debate ahead of the meeting helped to stoke the fires of Euroscepticism in Italy, given a perceived lack of solidarity and that the €540 billion rescue package requires Eurozone members to use a crisis-era bailout fund.

On the data front, this week GDP readings out of the Eurozone will be out on Thursday. This will be a key reading and will likely garner a lot of attention for the Euro. Expectations are for GDP to come in between -2.9% and -3.5%.

Prime Minister Boris Johnson returned to work on Monday. He warned that despite signs that the UK had peaked in its Coronavirus cases, there remains a considerable risk. He stated that people should not lose patience with the lockdown. Boris Johnson had been away from the office after he spent four days in the ICU fighting Coronavirus.

The news comes after the Pound had a difficult week last week and under pressure. The news that the virus was hitting its peak saw Sterling perform well at the start of the week. It will likely be virus data and a lead from the US that will dominate the Pound for the rest of the week as the economic calendar appears to be quiet.

Meeting minutes from the Bank of England (BoE) will likely show that the UK remains steadfast in its ability to fight the pandemic and its economic impact. The BoE might act if an additional stimulus is needed.

This week, there should also be a focus on Brexit. Many may have been happy to see the back of Brexit negotiations. However, the further time goes on, the more pressing talks around the UK’s exit from the European Union may become. Any discussion around Brexit or mentions of deadlines moving will likely be met with upside movements on the Pound. A lack of progress in the negotiations risks fuelling fresh fears over a ‘no deal’ Brexit ‘cliff-edge’ and a return of the associated risk premium that impacted the Sterling last year and on many other occasions since the referendum.

The Canadian Dollar was little changed last week after more sideways trading in both risk-off and risk-on conditions.

Riskier currencies such as the GBP and the CAD were at a disadvantage before the weekend. Price action was seen after another day of increases for Brent and West Texas Intermediate (WTI) crude oil futures as well as North American stock markets including those in Canada.

On the macroeconomic front, it is a quiet week in Canada with the major focus being GDP data due on Thursday. The monthly GDP reading should come in at 0.1%, but will not show the full impact of Coronavirus on the economy. This will be reserved for the next few months of data.

Oil price moves appeared to be one of the biggest drivers of the Loonie over the last couple of weeks. However, there now seems to be a realization that we could expect more of the same moves on oil if demand does not pick up significantly before the June futures contract expires. If this continues into next month, we can expect currency based currencies to suffer further.

The Australian Dollar traded with a lot of volatility last week due to the oil price, and US headlines. Reaction to US President Donald Trump’s press conference ramblings also led to a degree of volatility from the currency as it remains hard to gauge where the US is in terms of tackling the Coronavirus.

Aussie traders will likely monitor the quarterly consumer inflation numbers that are expected to come in at 0.2% on Wednesday, down significantly from the previous 0.7% reading. Trimmed Mean Consumer Price Index (CPI) is also expected to dip to 0.3% from 0.4%.

China’s manufacturing PMI data on Thursday could also be a market-moving event for the Australian Dollar. The wildcard this week will likely be decisions from the Australian and New Zealand governments regarding the easing of COVID-19 restrictions and the reopening of their respective economies.

The fact that the Australian government is looking to loosen lockdown restrictions could also add to the moves on the Aussie. An announcement of loosening restrictions led to the upside on the Aussie on Monday morning.

The NZD felt the pressure last week on concerns that the RBNZ may start buying bonds directly from the government and on the outlook for dairy prices.

Reserve Bank governor Adrian Orr mentioned buying bonds directly from the government rather than through the secondary market as a money printing mechanism, “which is not the way central banks usually do it” said Pat Gilligan, a director at Forex.

Traders appear to now be looking for more quantitative easing from the RBNZ. This could come in more than twice a percentage of GDP in government bonds. This news is negative for the New Zealand Dollar as any stimulus is negative the countries currency. A negative outlook for dairy prices appears to be weighing on prices after a weak Global Dairy Trade auction.

Firmer oil prices this week could help underpin the commodity-linked Aussie and Kiwi. Still, traders should be cautious about relying on that market as a bullish price driver due to its volatility and instability.