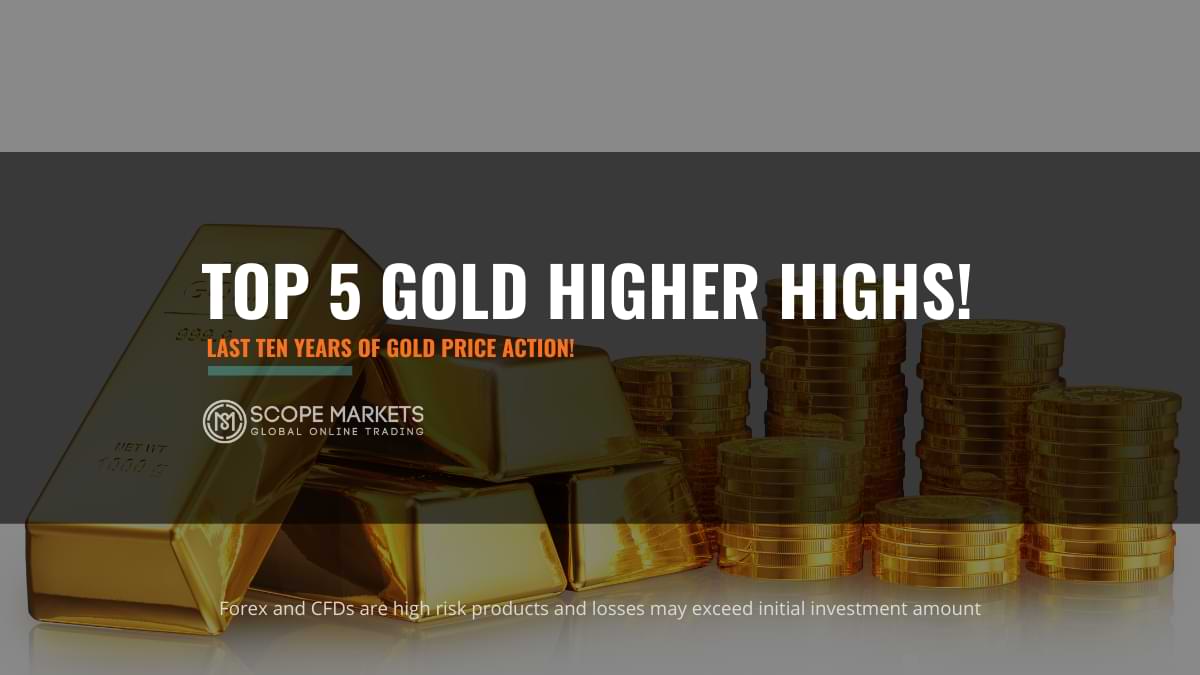 Gold is often traded on the US gold futures market, OTC London market, and the Shanghai Gold Exchange. The conventional future contract is one hundred troy ounces. Gold is one of the best investments during political and financial difficulties. 1/2 of the world’s gold expenditure is in jewelry, forty percent in investments, and ten percent in industry.

The largest gold generators are Australia, China, the US, SA, Peru, Russia, and Indonesia. Some of the best gold jewelry buyers are China, India, the US, Turkey, Russia, UAE, and Saudi Arabia. The gold prices are often meant to give you a suggestion only. Sooner than as a base for making trading verdicts.

The newest wave in the price of this safe-haven stock or commodity appears on the reverse of China. Thus, requesting the US to shut its embassy in Chengdu. The weakening of the dollar index and the limited US jobless data held the gathering in the metal.

On a global level, demand from institutional market players is great. The figures for June recommended that in the first phase of 2020, inflows in ETFs or exchange-traded funds were at a record high of 734 tonnes. Thus, showing investors accounted for huge cash into gold ETFs.

The gold price hit $1800 in NYCF or New York’s ComexFutures. Also, seems directed for an all-time high of $1900 in the global market. Thus, boosted by investors looking for a safe play as the world is in Covid-19 pandemic.

Why Should you Consider Historical Gold Prices?

Historical gold prices can give details that may help in buying and selling choices. Looking at a huge picture, gold is trending higher for several years previous to making record gold highs.

Gold has been going down but could have found a base in 2016. When it stays to get perceived, gold’s price drop from the highs of 2011 could show a pullback in a longer uptrend.

Checking historical prices may be best to check the possible niche of price help to own at. For instance, if gold has drawn back to $1200 for each ounce on many moments. But is often fitted with large buying interest every time. The $1200 area could be generally held at a support level and could be the best niche to try to own.

Also, to see old gold price charts in the U.S. Dollars, you may see historical prices of gold in diverse currencies like GBP, Euro, or Swiss Francs. You may even see an old inflation-regulated gold price chart by the 1980 formula for CPI.

Look at the history of gold price

Let it get noted that the historical or old gold price details are often quoted for each ounce. Because of the gold pattern, the price of gold did not vary much from 1792-1972. And hovering around the $20 point until the 1930s, where it had grown to the $30 point.

The 1970s were a frenzied period for the price of gold. Where it underwent a strong bull run for the period. The United StatesFederal Reserve, following the direction of President Nixon, ended valuing the dollar in gold. So, noting the Bretton Woods order’s failure and the age of a molten gold trading cost.

Gold, as one of the best precious metals, did not begin to move at a price until 1973. It touched $106, in part because of growing inflation in both the US and the UK. A mix of UK and US financial turmoil during the 1970s added to a hurry to own safe-haven gold to hedge next to inflation.

The price of gold relinquished a consequential high in 1980 of $850. That was due to increased inflation at the high oil prices, Soviet invasion in Afghanistan, and the Iranian uprising change.

In the 1980s, both the UK and the US-initiated a rise in inflation in the Thatcher and Reagan governments. Gold fell to the $410 point and remained within this almost solid trading limit until falling to $288.

During 2000, gold had completely set itself like a safe-haven expense. Thus, it is no wonder, provided the state turmoil of the 2000s. That the gold price marked its most quick increase in recent history. In the vigil of cases like 9/11 and the 2003 Iraq attack, investors reached to buy gold one more time.

This sentiment was even more noticeable once the 2008 international financial crisis occurred. Later then, the thought that the change during it had created a sac in the market. That has started a slight drop in the gold price. The price trend for gold has been somewhat steady. That is trading almost sidelong the $1,300 in the previous few years. The highest price that gold possesses was $1,917 in the year 2011.

What has moved the price of gold?

In previous decades, the price of gold has been getting affected by diverse factors. The history of Gold price has noticed some meaningful highs and lows. Some price changes can often be fed by central bank purchasing, geopolitics, inflation, fiscal policy, and equity.

One of the most important gold price movers is exchange values. As gold is often designated in dollars, the currency can have a meaningful effect on the gold price. A more limited dollar makes gold less costly for global buyers and may raise prices. But, a more robust dollar makes gold more costly for global buyers. Thus, likely discouraging prices. Paper money or fiat has an inclination to lose worth after some time.

If this is to be the situation, gold could likely stay growing as investors look at it for its noted safety. As well as its capacity as a hedge next to reducing money values. Gold coins, gold bars, and jewelry have long-held a good store of assets and value. Also, that status is not workable to shift any time early.

As previous performance is not suggestive of future outcomes, the price history of gold can give clues to where it could be often directed. Considering previous price details, for instance, may assist in finding highs or lows. Shareholders may also likely find tradable exemplars in the price details. And, that can start regular buying or selling chances.

What are the gold price movers?

The gold price had varied in rejoinder to geo-politico-financial events starting when the US left the gold pattern in 1971. Then, gold has turned into a growing safe-haven choice for investors considering hedge next to inflation.

From January 2000 when the UK regime removed VAT on the gold demand increase and price.

The economic crash of 2008 continued more to demand, and over the next 4 years, costs hit record gold higher highs. The growth of the internet has created it simpler for retail investors to handle bullion dealers online. And, that only increases the current demand from corporate shareholders and central banks.

Some significant factors that affect the gold prices

Here are a few general factors that are responsible for a change in the price of gold:

The supply and demand of gold play a major role in checking its price. Not like oil, gold is a non-consumable good. Gold that has always been getting mined is still present in the world.

When the rate of inflation increases, the currency value reduces. Also, many investment paths abandon to give inflation-hitting profits. Thus, many individuals start investing in gold.

3. Rates of Interest and Gold Prices

The prices of gold have an opposite correlation with interest rates. When these rates drop, individuals don’t get huge returns on their securities. Thus, they have a tendency to split their securities and buy gold rather than creating gold in demand and so the cost.

In the global markets, gold is generally traded in USD. Whereas importing USD is then changed into INR. Thus, any USD or INR variations can impact importing the gold price and the selling cost.

2020 and 2021 might perceive gold commodities as a key part of most investment holdings. Whether the vaccine is often introduced, the emotional effect of the pandemic may keep shareholders involved. Gold will recover its status as a necessary asset. And, various investors would try to gain from the assertive price momentum.

So, should you invest in gold at present? The response relies on how you see the market. If you think that interest rates would keep reducing for an extended period and trades will take time before improving. Then, gold as an expense can be a smart choice.