How Was the British Pound Hit by Soros in the 20th Century? 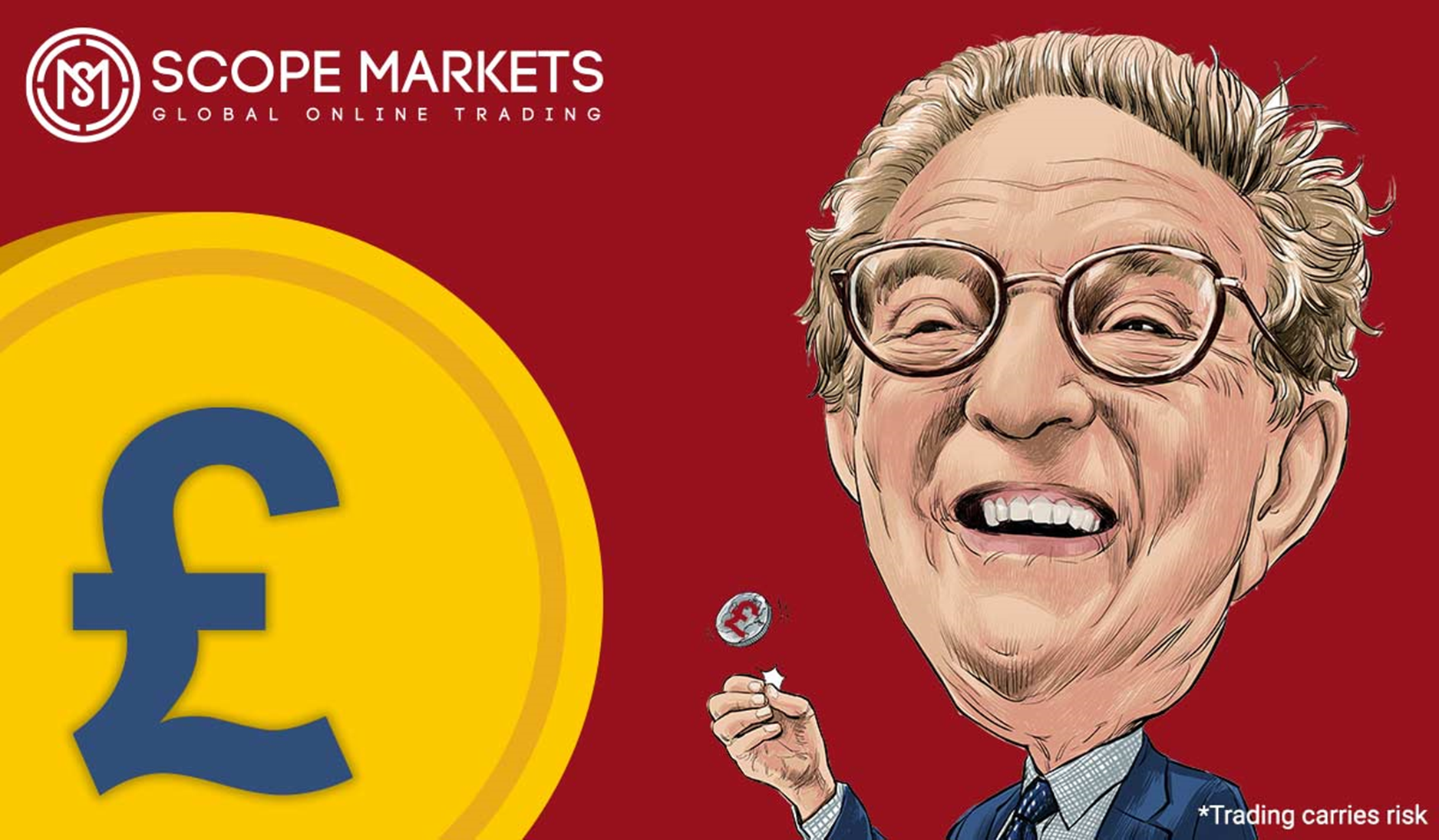 George Soros turned out to be one of the well-known currency or Forex traders in the whole world. All thanks to his bold bet against the Bank of England (BoE) in 1992, which then called the event Black Wednesday. Around that time was when the British Pound hit by Soros event took place. With prices of approximately £3.3 billion, Britain’s Central Bank couldn’t protect itself from a currency intervention. Thus, George Soros earned an estimated £725 in benefits as a consequence.

British Pound hit by Soros, the British Bank and the exchange rate mechanism

To know more about the event of the British Pound hit by Soros, we first have to go through some history. After the Second World War, few European nations chose to unite their resources and create a bigger and powerful common economy. Making trade relationships and assisting each other decreased the possibility of one more war. Thus Belgium, France, Italy, Netherlands, West Germany, and Luxembourg came together as a group in 1951. They confirmed the Paris Treaty and set the European Coal and Steel Community. Its target was to defend the trade and promote strategic relations.

But we are here to discuss how George Soros broke the Bank of England (BoE), correct?

Keep reading because there is more on the British Pound hit by Soros topic.

These nations advocated improving their relationships after1951. The Rome Treaty was then approved in 1957. EEC or the European Economic Community was getting settled with a similar view since the Steel and European Coal Community influenced its creation. In 1973, the UK entered the EEC as well.

After many years, associate nations understood that Europe will gain from a particular common currency to grow its economy. But they were unwilling to abolish their country-specific currencies. It took long negotiations, but in 1979, they set the Exchange Rate Mechanism (ERM). This assured all associate countries to fix exchange rates with each other’s currency.

This particular fact connects the whole matter to the British Pound hit by Soros.

For George Soros (one of the most famous Forex traders), handling currency is a kind of art. Even after the ERM was in place, he considered how Europe managed this unique system and saw the UK’s objection to accepting it. The nation declined to use the Exchange Rate Mechanism, keeping its individual volatile exchange rate rather. Next, when George Soros attempted to hit the Pound, the Central Bank would come to acknowledge the lack of the ERM made it all possible.

Overwhelmed by the success of the ERM, associates of the EEC achieved their goal of creating an all-European exchange. As Germany had the most powerful market at the time, every country referred its currency’s worth to the Deutschmark. In the year 1991, this currency would, at last, arise under a consolidating name, the Euro. Decreasing the variability of the exchange rate and maintaining financial policies were the key preferences.

All George Soros rumors were coming into position. All that was then left was the United Kingdom to connect with the Exchange Rate Mechanism.

Black Wednesday and the impact on the British Pound

What caused the United Kingdom to be the last to enter the ERM? That was because of inflation. From 1988 to 1990, inflation increased from 3 per cent to a big 10.9 per cent. To resist this sharp rise, the UK, the ERM, expecting to maintain its value afloat.

By pairing it to the Deutschmark, Great Britain was expecting to place its market beside Germany’s. But, this became tougher than expected. Inflation in the United Kingdom was 3 times bigger than in Germany, and interest rates had grown to 15%. The country was not seeing much of a business growth scenario, which indicated it will soon get into a recession. For Soros, the Bank of England seemed like a simple target.

Getting into the ERM suggested the UK was getting forced to keep the British Pound steady in connection to the Deutschmark. The Pound’s worth was then fixed at 2.95 Deutschmarks with a margin of error of 6 per cent both ways. That suggested the currency could fall as deep as 2.78 and grow as big as 3.13 Deutschmarks. This is often known as a semi-peg.

Since the United Kingdom began to enter a recession period, holding the Pound stable became very tough. The Soros vs the BoE crisis was coming closer by the time.

To keep the recession under control, the Central Bank will usually reduce interest rates to boost the economy. But reduced rates leave a negative impact on the currencies’ value. If the United Kingdom wished to adhere to the ERM, it ought to enter its foreign exchange reserves and get Pounds to bring up the currency’s worth. For George Soros, hitting the Pound was very simple since he held good track of the condition. That was particularly what he had done.

What were Black Wednesday’s effects?

The UK’s PM and council members approved the spending of billions in Pounds in a try to include the short trading by stockholders. Furthermore, the British government stated that it will increase its interest rates from 10% to 15% to bring in currency traders searching for a bigger yield on their currency assets.

But due to bad luck, currency stockholders did not believe the government will keep the promise on these commitments and extended parting with the Pound. Later, in an urgent meeting between top directors, the nation was finally compelled to leave the Exchange Rate Mechanism to allow the market to cut the currency to more relevant and reduced levels. Thus, this saw the British Pound hit by Soros.

The nation has then entered a recession. Even if the administration lost a huge sum of cash, some legislators were happy that the ERM crash took place. It covered the way for many conventional rules that will finally get credited for improving the market.

Lessons that we should learn from Black Wednesday

Black Wednesday gives many valuable lessons to both government and sophisticated currency traders, adding a few lessons that may overwhelm readers. Also, the resulting slowdown can be due to the outcome of the Lawson inflation— a time of financial growth in 1992.

A few lessons for governments are:

Do not govern interest rates

The interest rates of ERM were all fixed for Germany when they must have been getting fixed by Europe for Europe. Germany fixed interest rates, which performed very well for Germany. But it was not much concerned related to what would occur to different currencies. Europe, as a whole, should have prescribed how it will move the markets in a manner that would profit everybody.

Choose your fights next to sophisticated traders

Some lessons for currency traders are:

Not anything is feasible

The exit of Britain from the Exchange Rate Management was unlikely to many throughout the crisis. But even governments make huge mistakes. When we talk about people, though, one essential thing that Soros and the BoE revealed is that nothing is difficult if you are confident enough. Discretion is a good thing many times, but you only need to take the risk if you wish to score a huge victory.

Britain’s judgment to increase interest rates from 10% to 12% and then to 15% in one day shows possible government vulnerability.

Counteraction from George Soros and the BoE

Finally, the Bank of England was getting pushed to accept defeat. George Soros had shorted over 10 billion Pounds and made a $1 billion in profit. And, so, the event of the British Pound hit by Soros squeezed the currency’s worth in the process. Britain lost £3.3 billion and had to take out more from the Exchange Rate Management. The nation’s economy was then hit straight. The complete embarrassing incident had a huge effect on the market and broke the Bank of England’s position.

What George Soros did to currency turned out to be legendary, but he was not the sole patron. Many share market traders shorted the British Pound at that time. But George Soros’s stake was the most important. Specialists state that he played the main part in the Central Bank’s fall. If he had not funded as much as he had done, the bank might have been then capable of keeping up the Pound’s value. But with this dynamic adversary who possessed a good plan and hit at the correct time, they had no possibility of reversing the process.

Black Wednesday is generally recognized as the event of the British Pound hit by Soros. As well as, it was the day when the legendary currency trader George Soros downplayed the Bank of England and generated more than $1 billion. But, the true facts can be then found by assessing the basic reasons for the crisis and how they pointed to the actual issues. By knowing these issues, central banks can avoid inevitable crises increased by administrative restrictions.

In the event of the British Pound hit by Soros, a few key aspects set this event apart from many others, but the most important one was the Bank’s exposure. Following this event, many things changed. However, it will remain as one dark moment for the British currency.