What Breaking News Will the June 2021 ECB Meeting Bring? Euro in Focus 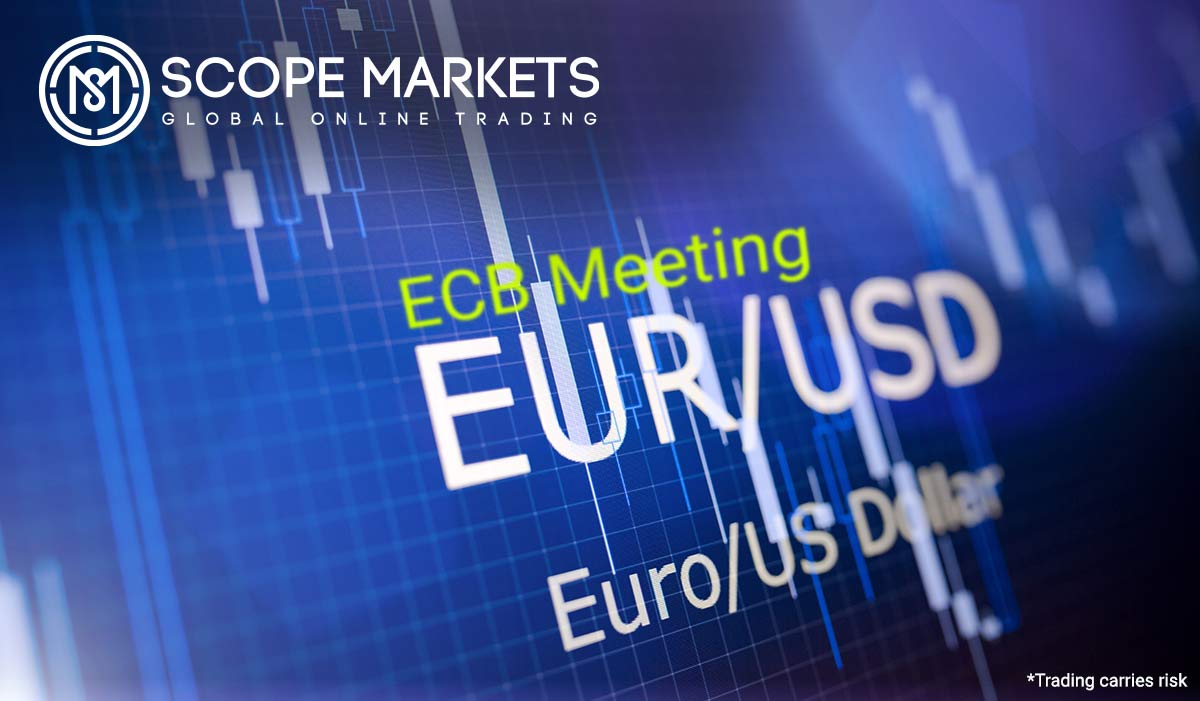 The upcoming ECB meeting scheduled for Thursday will be the highlight for the Euro markets after a good start of the week and the German Dax plotting a record high. Increasing how the European Markets have managed to stay on good track considering concerns about inflation running hotter than expected and uncertainty about June 21 reopening of the economy in the U.K.

On the positive side, eurozone growth in the first quarter was revised to -0.6% from the initial estimate of -0.3%. GDP fell by -1.3% after contracting by -1.8% in the fourth quarter at an annual rate. Although the economy shows signs of improvement, the continued decline shows that technically speaking, the eurozone is in recession. However, with the relaxation of health restrictions and the acceleration of vaccine launch, people are increasingly optimistic that the economy will improve even more in the coming months.

The ECB meeting will be particularly important for the Euro markets. Still, it will also be important because it will review the pace of the emergency bond purchase plan launched in March to prevent the increase in financing costs from damaging the eurozone’s recovery.

The mild words of policymakers indicate that under the 1.85 trillion euros pandemic emergency procurement plan (PEPP), there is no rush to slow down the pace of procurement. However, as economic data improves, inflation picks up, other central banks tentatively slowed down stimulus measures, and the European Union Recovery Fund prepares to launch, the easing pressure has begun to increase.

In light of recent dovish comments, the European Central Bank is expected to maintain a higher purchase rate in the third quarter. However, the European Central Bank may emphasize the flexibility of purchases depending on market conditions and seasonal factors, which can be interpreted by the market as a sign of a slowdown in purchases when the supply of government bonds decreases in August. Others do not rule out that, taking into account the continued advance of the economy, purchases will slow down moderately.

Although it is unlikely that any actual reductions will begin, Lagarde may also avoid providing feedback indicating that the reduction debate is ongoing. After the European Central Bank’s strategic review in September, he will reject the speech. The European Central Bank will have to accept reporters’ questions about the possibility of gradually reducing monetary stimulus during the year or until 2022. So far, the ECB’s statement has been wrong in terms of moderation. Board members have warned against withdrawing stimulus measures early, which may undermine the bank’s efforts to support economic recovery from Covid-19.

The ECB meeting is important for the EURUSD, and the pair has been moving on the upside, plotting higher highs and higher lows, after support the 11 April downside trendline. However, it has not yet made a major move ahead of the ECB meeting and the US inflation, which will be quite important. A move past the current inner trendline could see the market going to the resistance level.