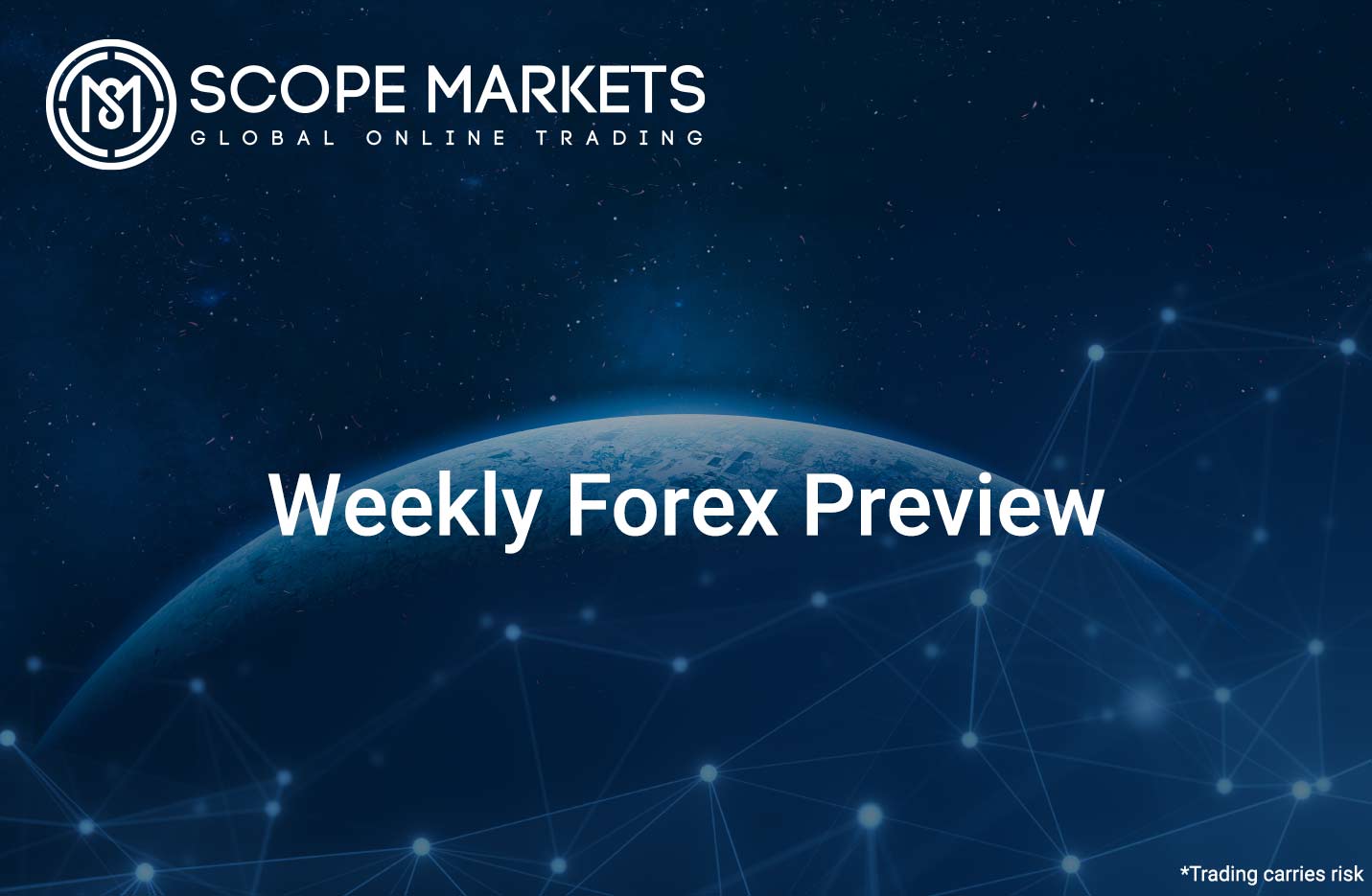 The markets will be fairly quiet on Monday ahead of a busy week, with no major economic news to start the week.

The market participant will speculate on what to expect from the Fed ahead of the interest rate decision after the inflation rate figures climbed the highest in 2008. However, investors stayed calm on Friday as they viewed the figures as a sign of economic strength, but the Fed could be under pressure to change their summer language and could look to start hiking the rates before 2023.

The markets will be busy as the focus shift to the RBA meeting minutes, the U.K employment data, and the US retail sales data. The economic events will set the tone for the market movement.

The RBA minutes meeting will be the first key news during the Australian markets, and the Aussie will be eyeing for influence as traders wait for a breakout on the AUDUSD. Although the statement is most likely not to give more details on the new changes by the Central Bank. We expect the minutes to give details on the conditions of the economy and how the central bank is looking to support the economy, given the gloomy picture the inflation rate release recently painted.

The Sterling pound traders will keep their eyes on the U.K Claimant count change and the ILO unemployment rate, which will provide the London markets with volatility. The data is expected to show some improvement as the economy reopens in most parts of the U.K. Despite, positive outlook on the claimant change, we expect the unemployment data to show an uptick of 4.9% from 4.8%.

The US dollar focus will be on the Retail sales data and could influence the market movement. The report is expected to show some good news, the easing of lockdowns and most retailers in the US open. This could show that the reopening of the economy and stimulus checks have boosted the economic recovery trend.

The markets will be busy as the focus shift to the inflation rate in U.K and Canada. The main focus for the day will be on the Fed interest rate and Fed monetary policy statement, which will set a chaotic tone for the markets after inflation rate data.

The Sterling pound will again have another busy session after the Tuesday jobs data. The focus will shift to the inflation rate for May and could aim to set the tome of the market movement after U.S surprising data ahead of economic recovery. The pounds will aim for lower than expected figures, with the pound currently trading higher due to the reopening of the economy in the U.K and rapid vaccination.

The Canadian dollar focus will be on the Consumer Price Index and could influence the loonie movement against its peers.

The markets are busy for the Aussie, with the RBA Governor Lowe set to give a speech, and the unemployment data will draw the market attention.

Tensions over the Reserve Bank of Australia’s July policy decision are mounting, and everyone is paying attention to Governor Lowe’s speech shortly before Australia’s employment data for May. However, the correlation between the AUD / USD and the USD index is closer than usual, so the Federal Open Market Committee meeting may be the key.

The markets will be fairly quiet with the focus on the Bank of Japan interest rate and press conference thereafter.

Due to the country’s rising infection rate and growing concerns about the spread of variants, the Bank of Japan will hold a meeting next week. More flexibility may be needed, but since most options are exhausted, policymakers are powerless.

The country itself has done an excellent job in responding to the pandemic. The number of infections and deaths is much lower than most Western countries, but its vaccination implementation lags behind. Reflecting this, the economy is still stuck in deflation, and growth is weak.

This means that the Bank of Japan will not normalize policy in the short term, unlike several foreign central banks such as the Bank of England or the Bank of Canada, which have already taken small steps towards higher interest rates. This is bad news for the yen.

Yen is alive and dead due to interest rate differentials. Therefore, if foreign yields rise, but the Bank of Japan sets Japanese yields at the lowest level, the yen may be adversely affected by widening interest rate differentials. The risk from this view will be some market shocks that stimulate defensive demand for the yen, although even this may not be a game-changer.

The Nasdaq jumped as much as 1.80% last week, with the inflation rate providing support to the pair to sustain its move above the 13,800 key level, which has been failing to break throughout the month of May.

Technical, Nasdaq could be preparing to move back above 14,000 and a break on the current resistance of 13,960. The pair could find needed demand to move to record high before breaking the highest level and set a new high possibly at 14,300 ahead of the Fed week.

The Dollar Index jumped as much as 0.45% last week even though the inflation rate set losses on Thursday, but the pair has been finding support on the 25th May Trendline, managing to break out of the $90.20 level.

Bulls will be eyeing for a break on the resistance trendline and the rectangle resistance zone for more gains which could see the Index more back to $91.44.