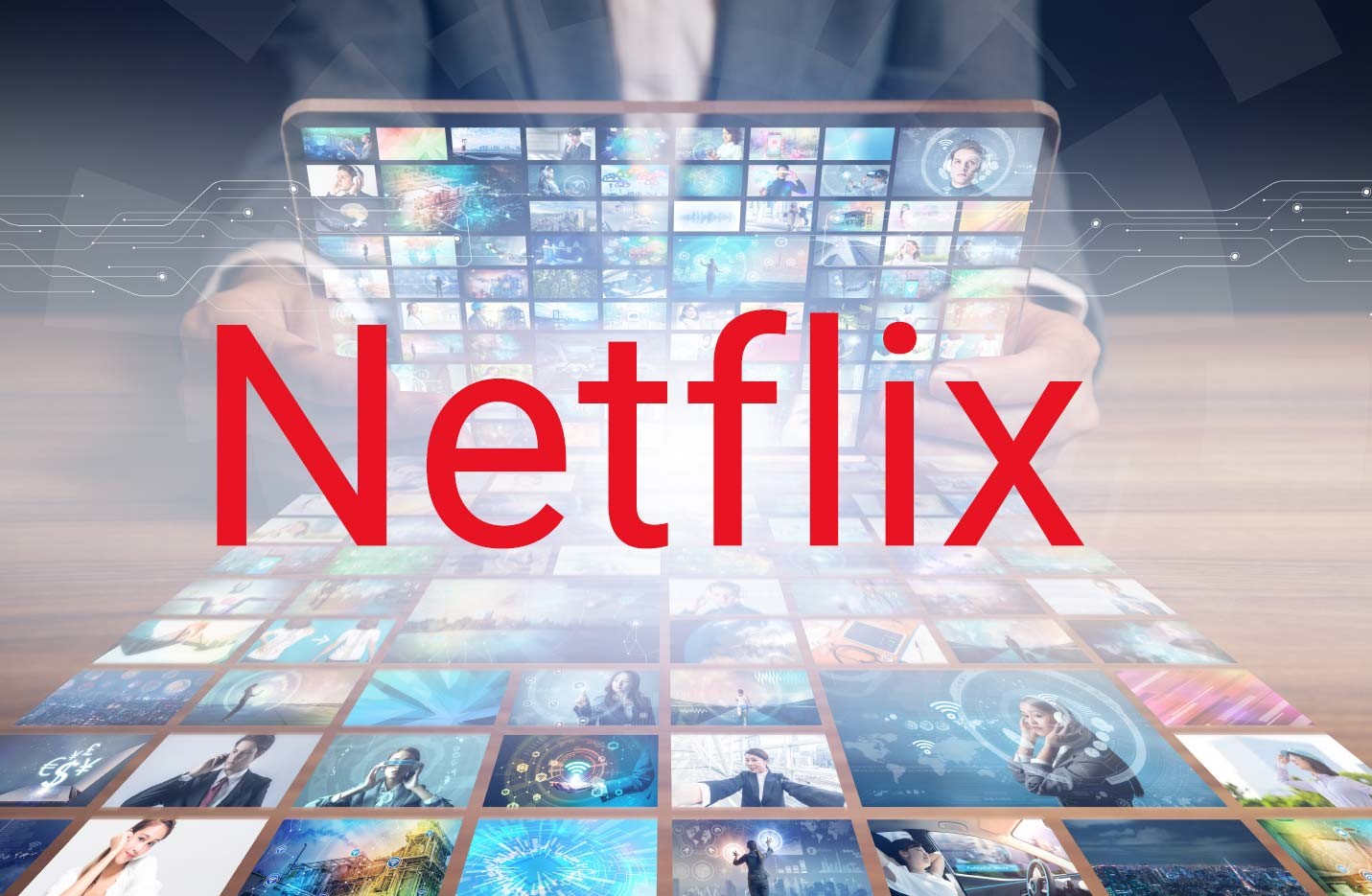 Netflix stock, on NASDAQ, listed as NFLX, went 14% higher after the growth of international subscribers comes in more than expected forecast. The stock is still up by approximately 50 per cent YTD. Thus, what is occurring with Netflix stocks?

The company has been considering since its Q1 outcomes that increase in this closely-checked metric could stay suppressed more than the next some quarters since it was accompanying a pull-forward of users, with individuals who would have expected subscribed across the 2nd half of the year contributing to the streaming solution quicker than anticipated because of the outbreak.

Thus, why is the Netflix stock responding very actively to subdued subscriber supervision?

Margins and pricing risk of Netflix

The company has shifted the price bar desirably not only once but twice in the previous 3 years. The organization increased the cost on its most prevalent plan from $10 to $11 in the year 2017 and once more to $13 in the previous phase of 2019. This was the main cause behind the organization’s net profit margin increasing from 2% in 2016 to more than 9% in 2019. Yet, there’s a notable risk that this golden tool could be continued for a short period.

Like an impact to our upside situation for how Netflix shares could reach twice, we draw a downside summary that could view Netflix shares drop by approximately 50% from present levels if its cost power gets decreased and margin extension delays.

Cash spending of Netflix on content is rising as the firm was getting proposed to allocate $17 bn on content in the year 2020. Whereas Covid-19 is possible to slowdown tentatively, cash settlements on each subscriber’s content have been growing firmly.

The only method by which Netflix can subsidize this is by increasing prices or increasing extra subscribers. At the same time, streaming average revenue per user increased by 5% YoY in Q2. All gratitude to the price rise in 2019, a soaring competition signifies that Netflix would have its hands fixed when we talk about price rise in the close-to-average term.

Reasons that price growth is significant to Netflix?

The content costs of Netflix are increasing very fast, with cash allocation on content increasing from $9 bn in 2017 to $14.6 bn in 2020. Also, this has indicated that Netflix is blazing through a growing sum of free cash. Thus, the growth of subscribers has been decreasing, specifically in North America. This signifies that its money used on content for every subscriber has grown from 76 dollars in 2017 to 82 dollars in 2019.

Also, the company requires boosting price to confirm this. The Covid-19 could tentatively break this dynamic because subscriber additions in 2020’s Q1 increased because of stay-at-home rules, whereas content generation possibly goes down. But the common trend of more distinguished content spending is possible to stay flawless, provided that Netflix was getting forecasted to pay over $17 bn on content in the year 2020, with administration also mentioning restrained growth of subscribers in following quarters.

Investors or stockholders could reconsider price if income is slow

Suppose the growth of subscriber was to stumble and seem inadequate after Covid-19 in 2021. In that case, probably, minimal earnings growth for 1 or 2 quarters with an advanced increase in content charges help to urge summaries of earnings per share levelling out.

Also, it can occur in Netflix’s cost enough decreases from levels of approximately 70 times forward profits presently, to approximately 50 times by the year 2021. The shares have declined by 15 to 20 per cent many times in the previous time. If shareholders find out that this will be a more temporal trend, it is feasible that the multiples could drop further and stay pessimistic.

What is the fundamental analysis of Netflix?

In the Dec. quarter of 2020, Netflix earned 8.51 million subscribers, hitting a Wall Street rating of 6.5 million. Netflix shares rose by16.9% in the initial trading session going after the news, issued late on January 19.

For the present quarter, it anticipated adding 6 million unique subscribers. But forecasters were forming 8.6 million.

Netflix shares went to record growth of 593.29 on 20 Jan., the day following its 4th quarter earnings statement. Forecasters of Wall Street were getting supported by the organization’s increased free money flow and profitability. But the feeling was small-lived, and NFLX shares taken in the days that ensued.

The company hopes that 2021 free money flow at equalization, is going to be decisive in 2022. Consequently, it would be in a place to do stock rebuying to yield cash to shareholders.

What is technical analysis of Netflix saying?

Its shares then combined for twenty-eight weeks previous to subduing on Jan. 20. It caught a buying point of 575.47.

NFLX stock has reached a record growth of 539.29 on the day but shortly reversed.

How can Netflix shares increase two-fold?

We expect that Netflix earnings could show solid gains by 2025 to approximately $45 bn from approximately $20 bn in 2019. Also, an expected $24.5 bn in 2020 shows a growth rate of almost 15 per cent for each year. The global streaming business of NFLX has achieved remarkable entry into over 190 nations. It is possible to accompany the extension playbook the NFLX has done very well in the United States and Canada.

Earnings growth can be still on top of the Covid-19 creates a strong move in content usage exemplars and probably offers Netflix more favorable pricing coercion. Still, a 2 times increase in the top line in the coming 5 years seems somewhat attainable a base position.

Mixed earnings growth with the thing that NFLX’s margins are on a growing trajectory – they increased from approximately 2 per cent in 2015 to more than 9 per cent in 2019. Its bigger content developing peers such as Disney possesses margins of approximately 14 per cent, and we find Netflix margins can lead and go beyond these points, growing to nearly 18 per cent by 2025. How is this feasible?

NFLX has reduced client possession prices and deals and set prices like content remittance would be very well incorporated as earnings grow. Thus, is a 4 times increase in earnings achievable in the coming 5 years? Definitely. Seems fair when you mix 2 times earnings growth with the 2 times growth that is probable in margins of NFLX.

Should the earnings increase 4 times, the price-to-earnings ratio would contract to 1/4th its present level, supposing the share price remains the same. But that is precisely what NFLX shareholders are staking would not occur! If earnings grow 4 times in the coming years, in place of P/E narrowing from approximately 100 times now to about 25 times, a situation where the Price-to-Earnings metric remains at approximately 45 times or even 50 times seems more probable.

For the outlook, the broader entertainment segment exchanged at a losing multiple of 48 times previous to the Covid-19 urgency. It is generally secured to suppose that NFLX would trade slightly at these points. This will make about 2 times growth in NFLX’s stock cost an actual likelihood in the upcoming years.

So, what about the five-year time limit for our situation? In use, it will not make a huge difference even if it takes three or five years. All in all, NFLX is on this income and margin growth trajectory, the share price would possibly react in the same way.

We can say that the stocks of Netflix are not in buying condition right now, but shortly it could be. Its shares have created an even base with a buying level of 593.39.

In a definite sign, NFLX shares have got support recently at its fifty-day MA (Moving Average) line.